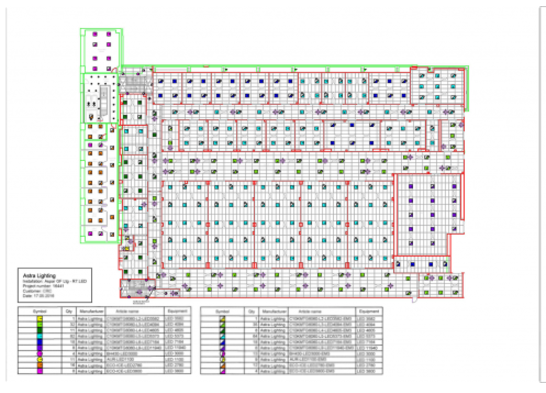 information found in the hyperlinks of this article…

ASPAR is a major supplier of analgesics to the British pharmacy and grocery sectors throughout the UK. Through a consistent program of investment and innovative management, Aspar has become one of the UK’s specialist pharmaceutical manufacturing and control packers, constantly expanding their company and building new facilities.

Working closely with the cleanroom provider, Astra delivered over 600 LED luminaires from our luminaire range to this prestigious project.

The LED C10K range of luminaires have been tried, tested and provides substantial ingress protection. Dual IP rated with the option of IP65 or IP54 front frame diffusers, the versatile nature of this LED luminaire was the perfect solution for this project as the ceiling type had already been specified. The C10K range has been specifically developed to suit both modular and non-modular ceiling types meaning that it could be easily positioned within the specified T25 Grid ceiling.

The ease of maintenance that comes with this luminaire was also an attractive feature to such a large pharmaceutical company. Shutting down a cleanroom facility to carry out luminaire maintenance is costly, so by including removable gear trays it reduces the down time and expenditure that is required to maintain this environment. Similarly, as the C10K range is now manufactured using top-of-the-range LED technology, the lifespan of the luminaires is over 60,000 hours.

The outstanding performance of the LED luminaires resulted in a substantial energy saving for the client on top of all the other advantages they received from the C10K LED. The calculated energy saving per year was £26,179 with a further saving of £130,895 over 5 years, as seen in the breakdown below.